Interactive playing with the shells

The idea is that children or adults learn to dive in a playful way and not think too much about it. The possibilities of shells and shell halves are similar to diving rings. They sink quickly and are available in different colors. The big difference lies in the application possibilities. Because two shell halves can be combined with the help of an O-Ring (rubberband) to a whole shell. Thus something can be hidden in the shell, e.g. a pearl or a piece of information during a guard run.

Playing with the shells and shell halves 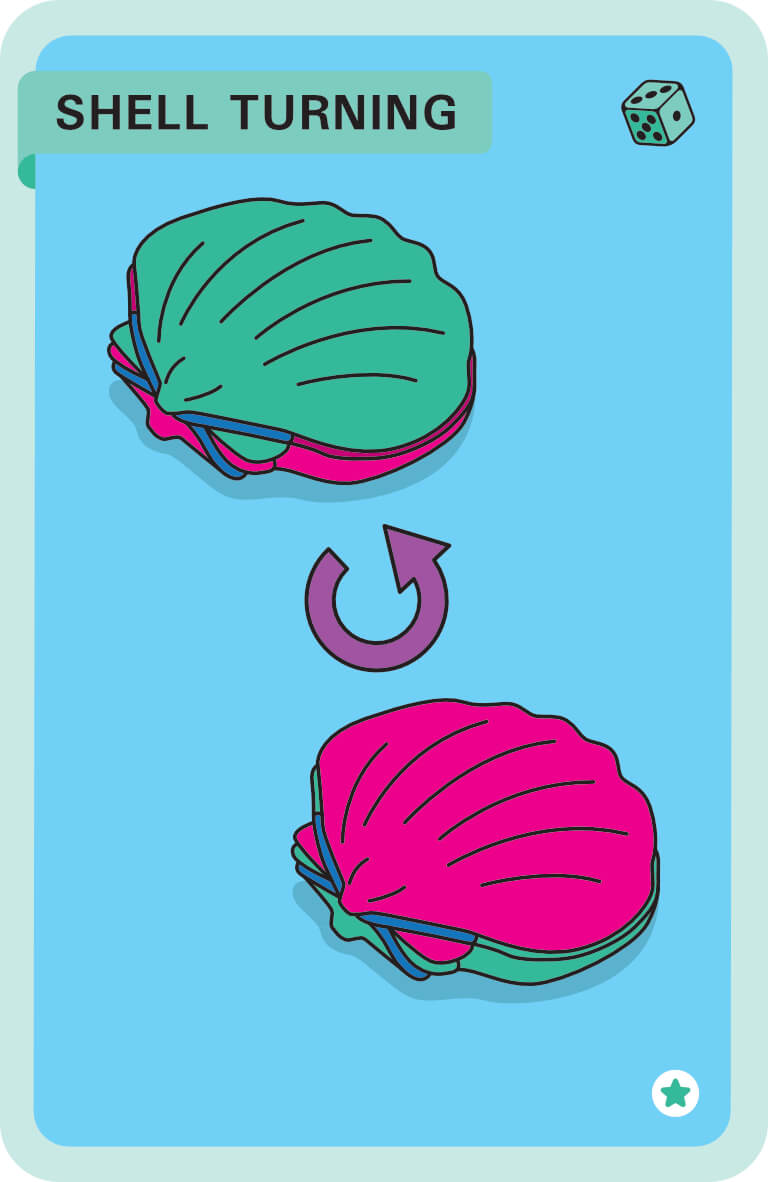 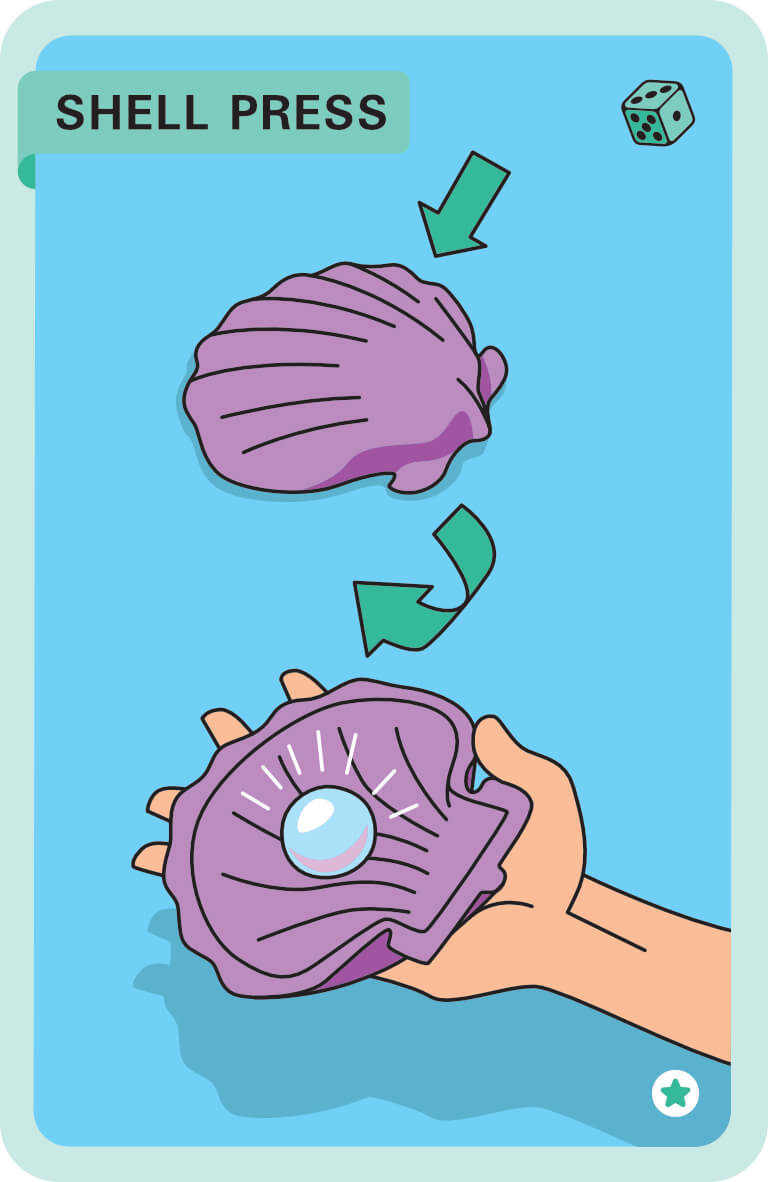 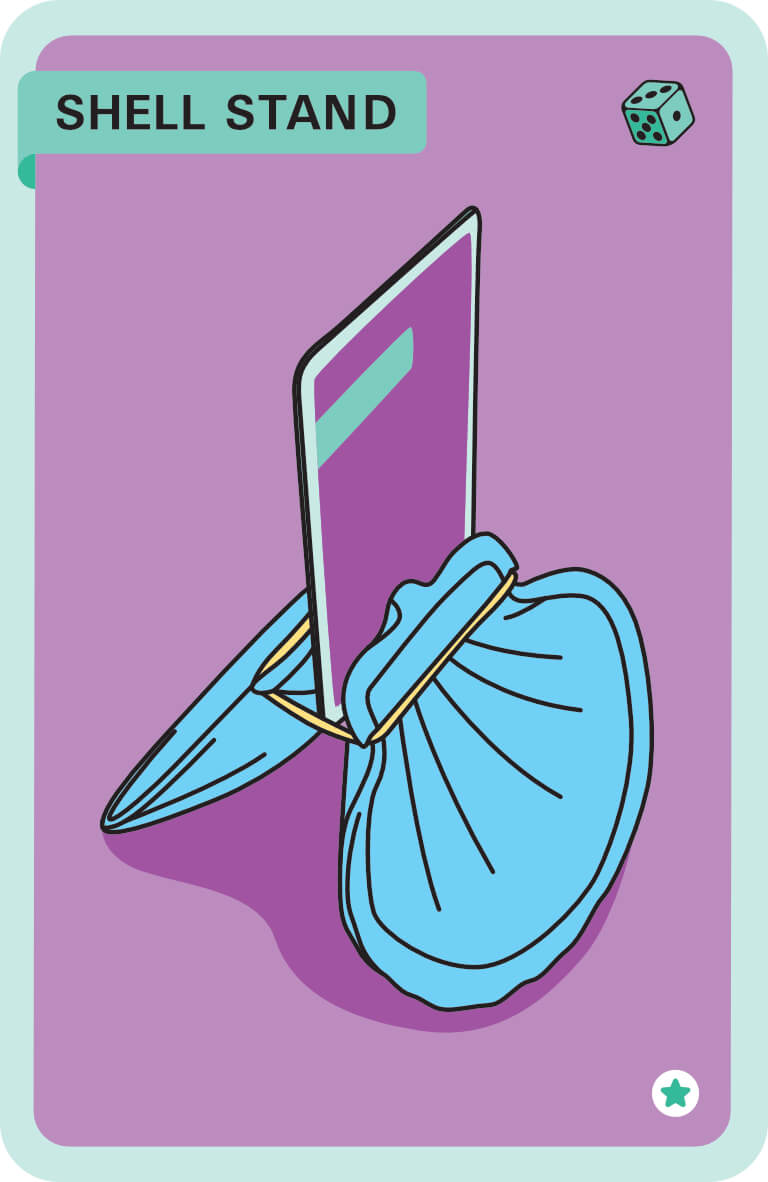 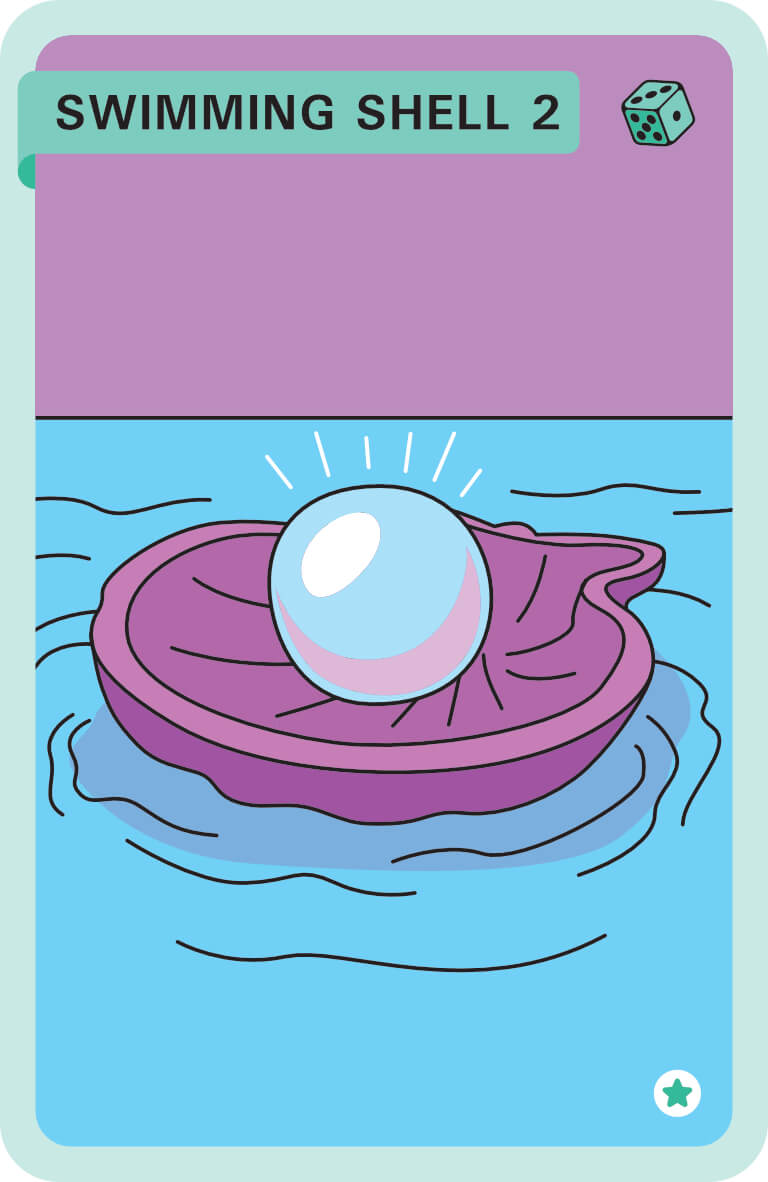 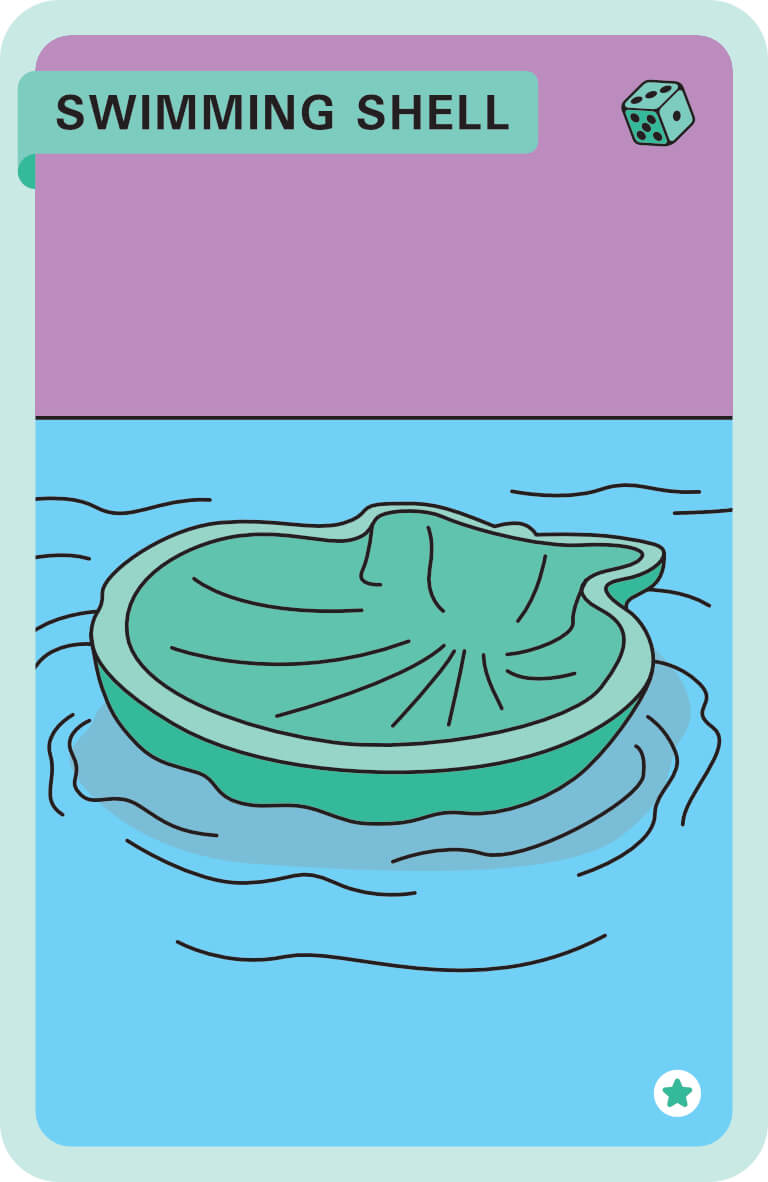 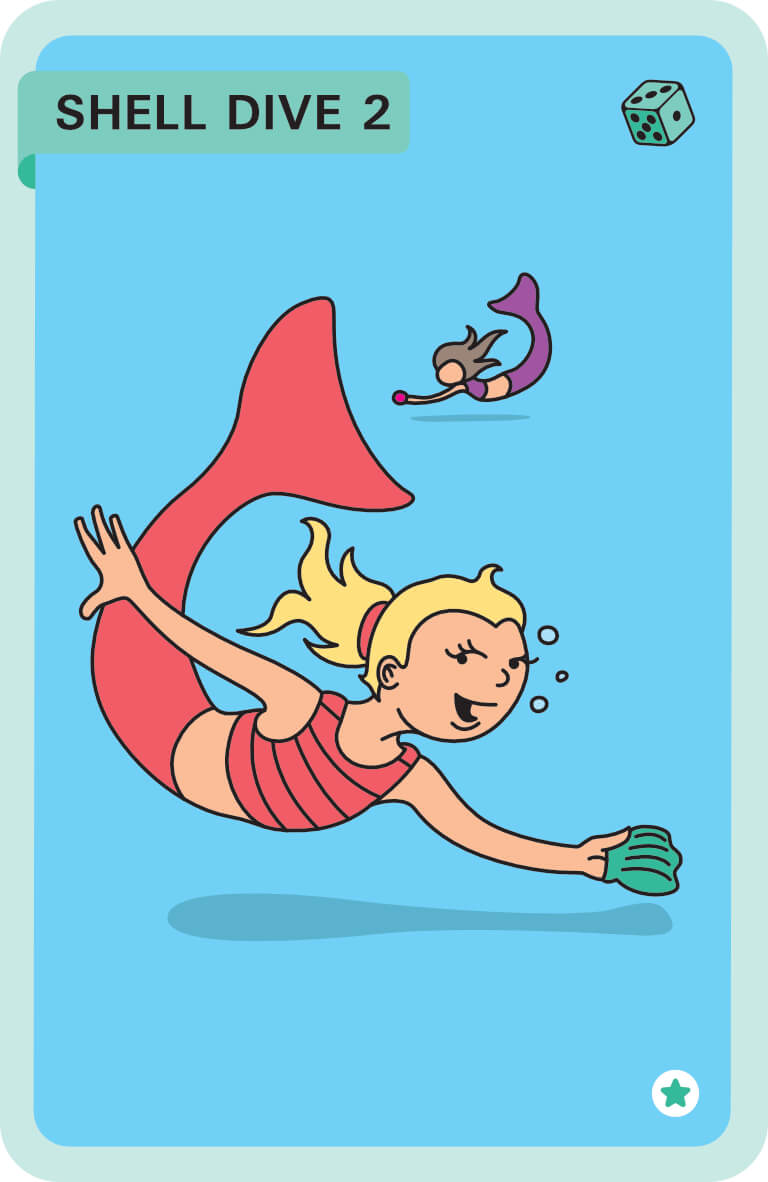 Put two shell halves together to form a shell

To assemble a shell you need two shell halves and a rubber band (O-ring). Please watch the video.

In variant 1 the rubber band is chopped on one side. Then turn it to an eight and hack it back in on the opposite side. A simple connection of the shells is produced, which can be separated relatively simply again. The idea behind this is that the shell is handled sensitively and carefully under and above the water so that it does not fall apart. This trains the motor skills.

In variant 2 we do the same as in variant 1, with the difference that two times an eight will rotate. Don't be afraid, the rubber is very elastic. The rubber band is chopped on one side. Then turn to an eight and on the opposite side hacked again. Repeat the same procedure again. This will create a strong connection between the shells, which is more difficult to separate. The idea behind this is that the shell does not fall apart above and below the water.

Melusina and Jana play with the shells at MJSS World

Melusina and Jana didn't see each other this week. But they kept contact with the little bird that Jana obeyed so well. Jana asked Melusina several times this week to tell her more about the shells. The card game was so much fun that she didn't even think about the scallop anymore. But Melusina stalled Jana. That didn't fit Jana at all, but her time didn't allow her to go to the water people and ask Melusina. So she had to be patient. That was very difficult, because Jana was just in a difficult phase.

Melusina, on the other hand, made fun of making Jana wait. But next Saturday she would finally break it up. Jana should find out what the shell is all about. It was a game, Jana already knew that much. Saturday both met on Melusinas favourite stone and told each other about their week. But Jana couldn't stand it any longer and said to Melusina: "Now tell me what the shell is all about!

Melusina showed her the scallop. She had connected two of them and threw them into the water. Jana had to find out for herself what to do with the mussel. Jana swam to the shell as fast as she could. Because she was wearing her mermaid fin. She caught the mussel in the water and brought it back to the surface. Afterwards, Melusina said that it was great how quickly she understood what it was all about. Jana realized that this was the game. But she didn't yet know what was inside the shell. Melusina pointed out to Jana that she should catch the shell while diving. She has earned a reward with it. "Look into the shell! Jana obeyed and opened the shell and inside was the most beautiful pearl Jana had ever seen. Melusina rewarded her and gave her a piece of jewellery. Jana wanted to have the pearl immediately attached to a chain. But before it was so far, she had a great idea. She discussed with Melusina that this game would be great for her kindergarten group. Melusina also liked the idea and they made a competition out of it. So the scallop was no longer just a toy.

The next day it was already so far. The groups met and competed against each other. The sea people and the air people had started a new competition. This competition was supposed to bring the nations even closer together. The competition was about two children competing against each other. One from the sea people and one from the water people. The children should start at the same time and dive for the shells that Jana and Melusina threw into the water. In the shell there was a reward for each child. The children could not choose what they got, but there were great surprises, like new hair bands or little balls. Anyway, everyone had so much fun with the competition that they forgot what they were doing there. It wasn't just about being the best in a particular discipline anymore. Who could be the first to get the great reward? Of course the competition was supervised and so there was a winner in the end.

The children of the air people had actually a disadvantage with the diving mussel catch, but they could decide the competition for themselves. They had secretly practiced with Jana and were already really good with their mermaid fin. They even reached speeds like the children of the sea people who were born with a fin. The competition was exciting and also the parents were there. For Melusina and Jana it was no longer important who had won. They were happy that the cohesion between the nations had grown a bit stronger again. That was reward enough!