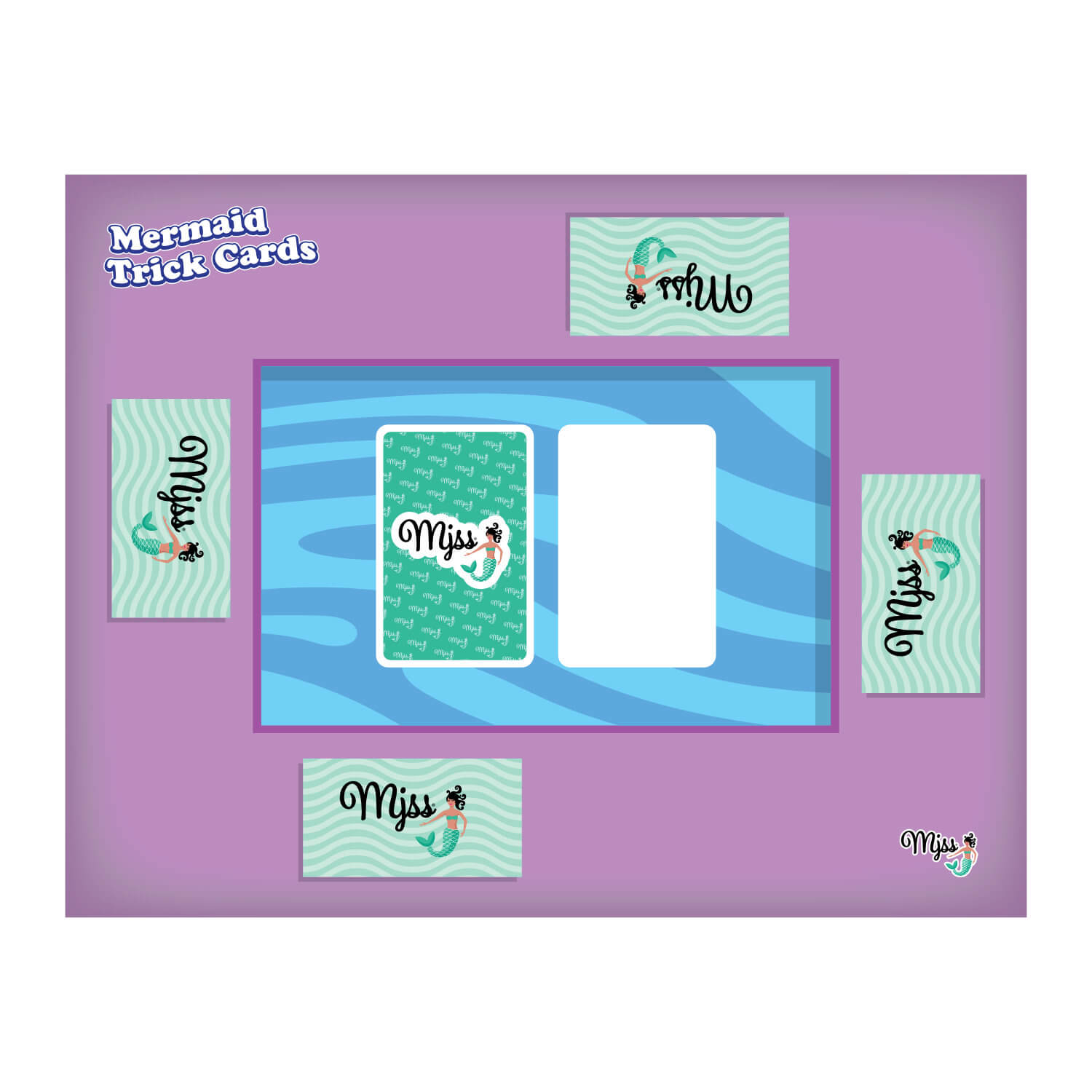 Playboard for at home at the table with the family. 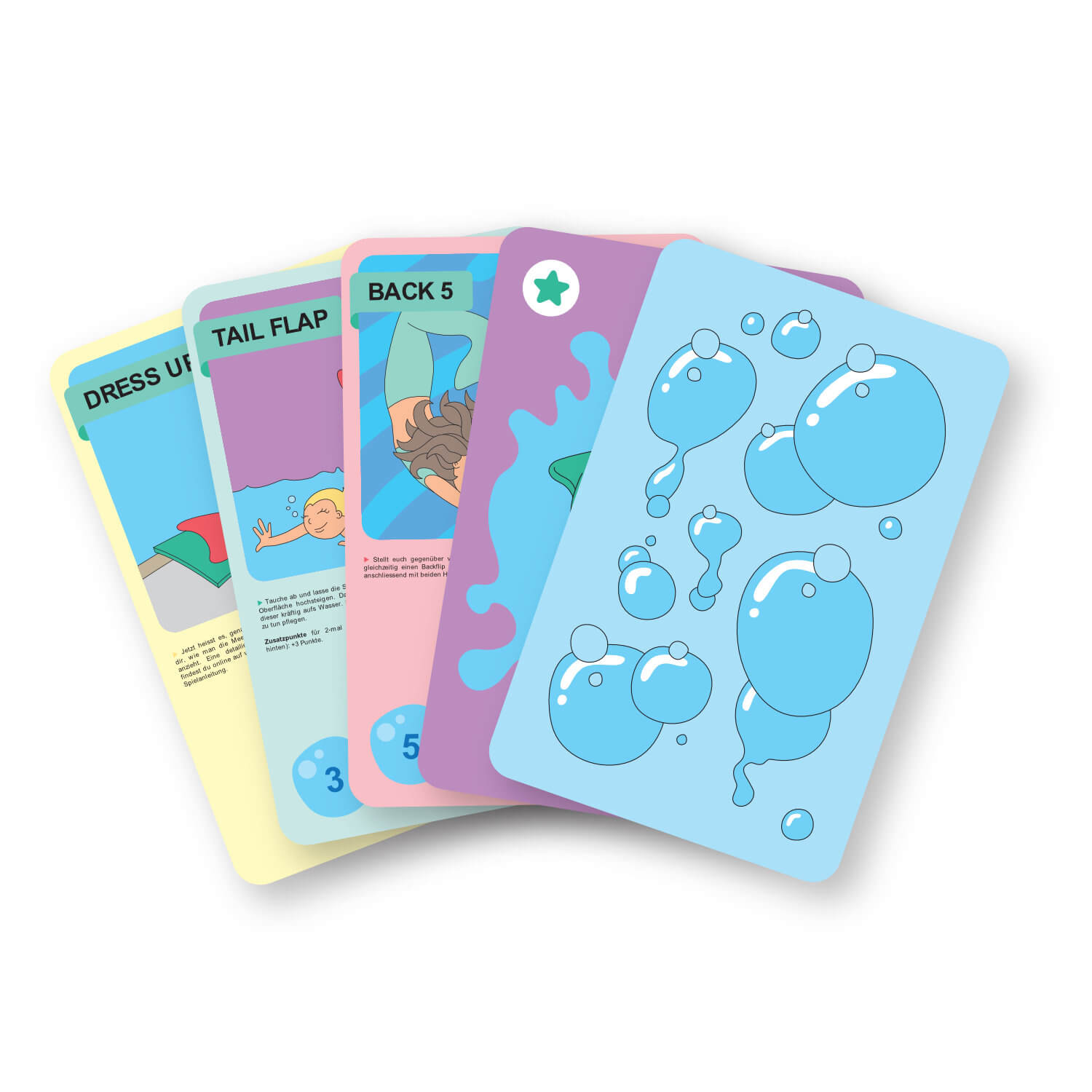 Trick cards for playing at home or on the water. 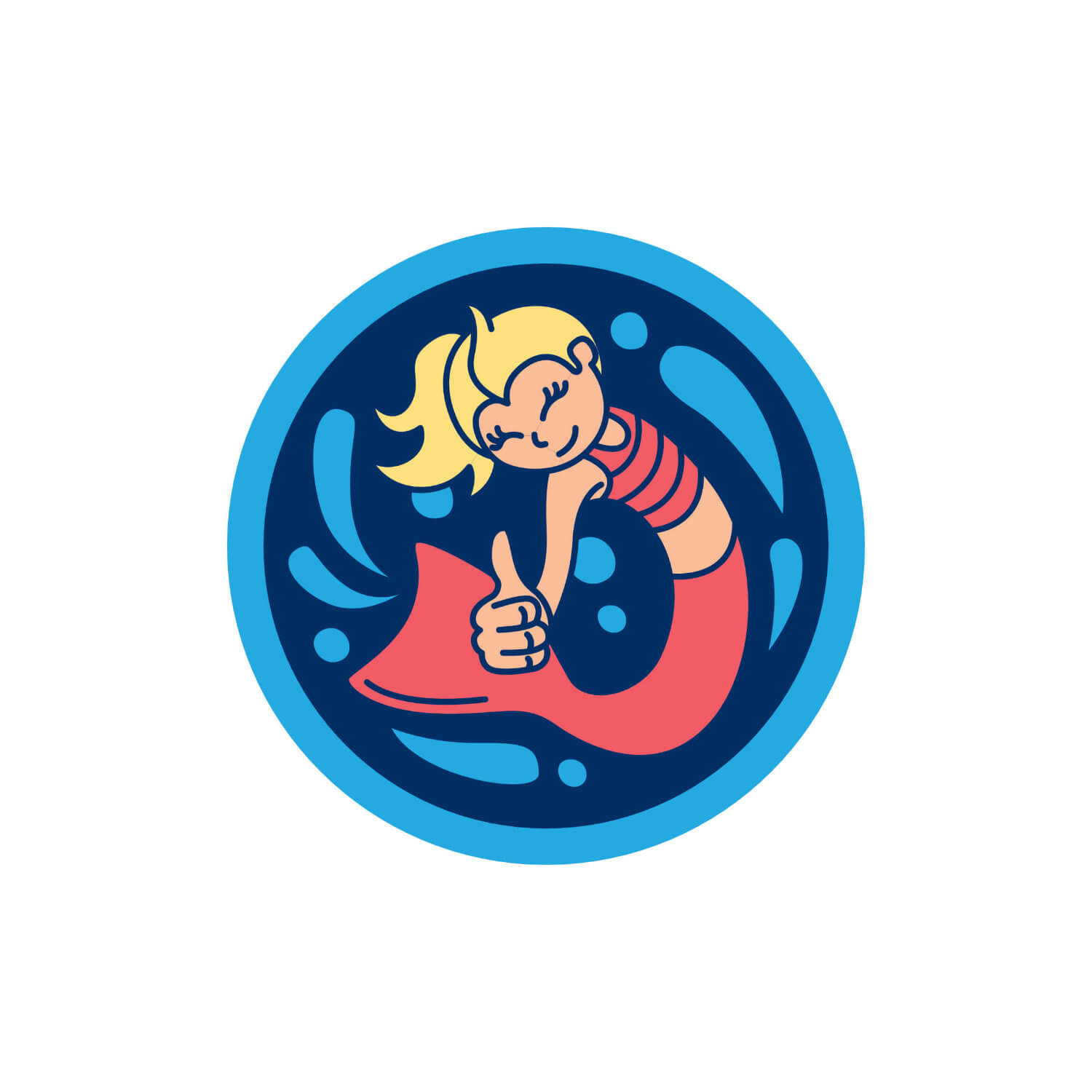 Play coin to play at the table with the family.

The mermaids trick cards were developed as a game for in the water or for at home at the table with the family. The cards and the packaging are water resistant! Our goal is to develop more trick cards over time, from which an individual game deck can be put together. More cards will appear as Mermaids Booster-Pack. The trick cards are also a tool to plan and carry out mermaids swimming lessons. There are cards for tricks, poses and games. Tricks are to be understood as single exercises, which can be arranged individually for courses or lessons.

The first player starts and performs the trick in the water. The trick can consist of one or more cards. If the trick is considered successful by the other player, the cards can be placed on the discard pile. Then it is the turn of the next player and he has the following options: 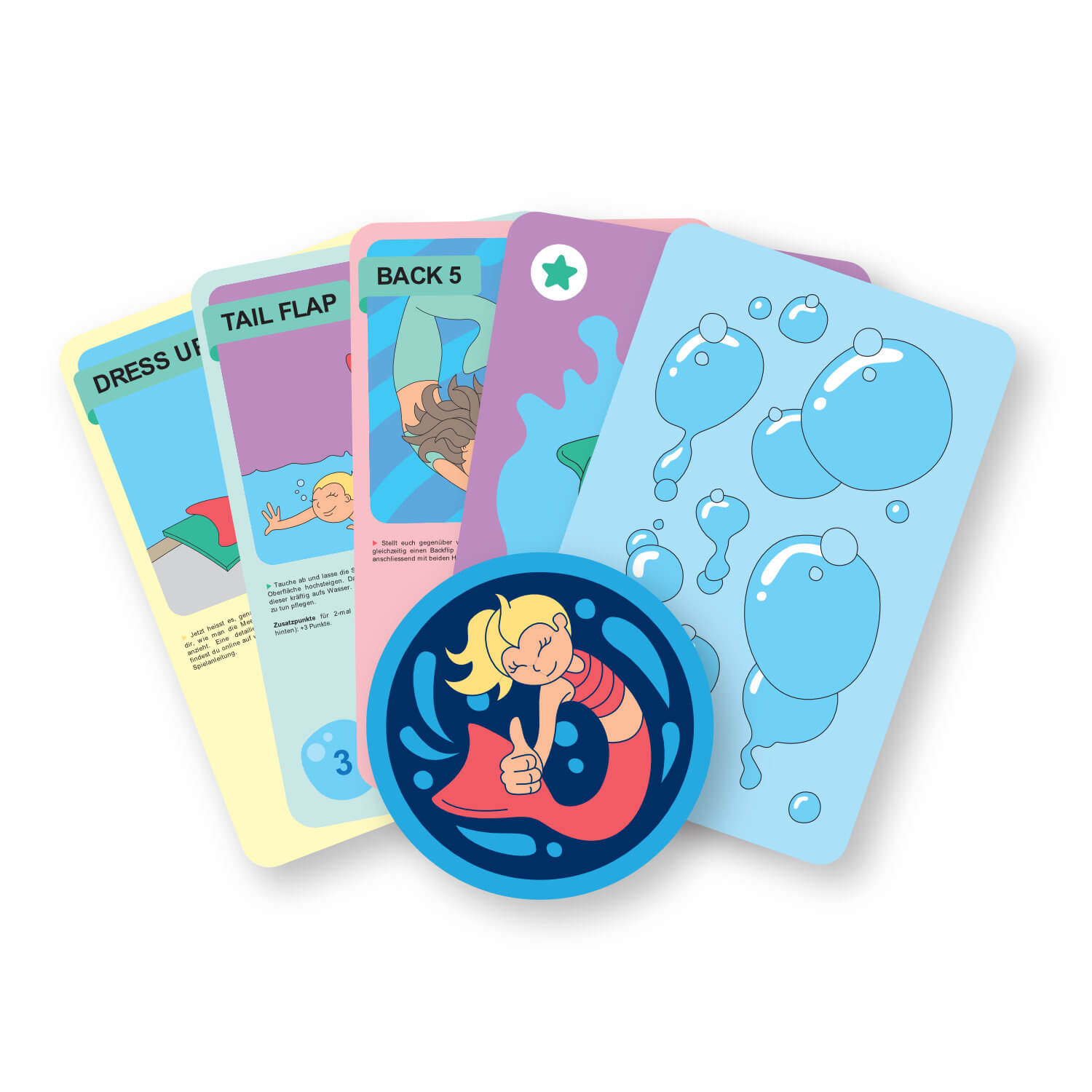 The first player starts and performs the trick. The trick may consist of one or more cards. With the help of the token, which is thrown with the finger, it is decided whether the trick worked or not. If a mermaid appears on the token with her thumb up, the cards can be placed on the discard pile. Then it's the next player's turn and he has the following options:

Games and fun in the water and on land

Melusina sat on a stone on this beautiful Saturday and waited for Jana. Jana is her best friend in the whole world, but sometimes it took Jana a while to show up. Melusina watched the seagulls looking for food. Unfortunately that was also boring very quickly. So she decided to lay something on the stone and look into the clouds. But there was no cloud there today and so Melusina was bored. She wondered if there wasn't a possibility to pass the time with a card game and decided to ask Professor Eric for advice as soon as she was back home.

Jana was very busy today. She had to help her parents who were preparing a party. But she couldn't tell Melusina. There were not many communication possibilities between the peoples. Jana Melusina didn't want to write a letter, it would be far too long on the way. Nevertheless, she sat down for a few minutes and wrote a letter to Melusina. She had an idea. No one had ever written a letter to a bird before. Jana had a great bird. He was her darling and obeyed her at her word. She wrote to Melusina that she could not come today and that she should not be disappointed. She hung another small shell at the foot of the bird. He could carry the shell effortlessly and painted a small sketch on her letter, which she showed during a diving exercise.

Jana sent the bird in the hope that it would arrive in time. Melusina was still lying on the stone. She didn't even notice that something was approaching. The bird, however, chirped so loudly and cheerfully that Melusina had to react. She saw the shell at the foot of the bird and read the letter Jana had written to her. The sketch on the letter gave Melusina a great idea! Of course Melusina was sad that Jana couldn't come, but she wrote her an answer. Melusina told Jana that they could meet the next day. She attached the letter to the birdie's foot and sent it back to Jana.

Melusina quickly swam home, because the idea had been born long ago. She finally had a scallop, but she didn't want to tell anyone yet. She immediately swam to Professor Eric to tell him about the card game idea. But thanks to Janas Muschel she now had even better ideas, which she wanted to implement immediately. The mussel can be used very well as a diving mussel. If you connect two with a rubber band, it can become a great game with reward. Professor Eric told Melusina that he had reservations about making the cards. Because you would have to make cards that are waterproof if you wanted to play them on the seabed. But Melusina relied entirely on Professor Eric's knowledge. She sat down and drew more sketches. These were then to be depicted on the card game. Of course, the shells also had to be put into action. Melusina already had a shell from Jana. So Professor Eric could create several from it.

The next day! Melusina waited for Jana again. She was very excited because she had new toys with her. Jana also came this time and did not suspect that she had led Melusina to a great idea. Both sat down and Melusina showed Jana two new games. One was the scallop. Jana was very interested and wanted to know exactly how the game works. Melusina said: "I'll show you that another time." Now we play a card game. She drew a card from the deck and Jana had to do the exercise shown on it. The game lasted all afternoon and both had a lot of fun.